I was sad, even depressed this morning. Probably yesterday’s experiences resonated and caused the second wave of strong emotions.

I think my sadness was caused by the empathy I feel toward the students of the school. It’s so sad to be different to such degree that your society, even your family doesn’t accept you as you are and isolate you. And it’s so depressing that we can do nothing about it. Or can we?

It’s so calming and inspiring that there are places raised by the people like the nuns from the Christian Mother Teresa organization, where people like Rachel work and volunteers all over the world come to give a small part of themselves.

The day started with a short meditation and nun’s opening. The nun asked me to join the physiotherapist and assist her with a physiotherapy session for the three student boys. I agreed of course but was anxious under the surface. When I saw the first boy, who was blind with very severe cerebral palsy and disproportionately big head, I felt even more anxiety, now with disgust mixed with a shame of disgust.

Since the boy was rather heavy the physiotherapist passed him into my arms… All emotions faded away. I felt nothing. Then I felt a warm sensation in my chest, followed by love and curiosity. Wow, he was just like a big and heavy baby in my arms! Because of the big head, he could not hold it straight. Just like small babies. His skin was clean, healthy and smooth. His muscles were underdeveloped, but it was still flesh and blood of human being, not an alien (I have nothing against aliens). It was not disgusting at all to touch him. It was just my thoughts (he is different, he is weird, he is sick, he can infect you, he is dangerous) that caused to feel me disgust and desire to run away. Just thoughts, which come and go. Thoughts, which are based on my previous experience, in this case how other people reacted in similar situations. So, at least in case of this boy, my thoughts were wrong? They mislead my feelings and then my actions? Wow… This was transformative…

It was easy after that. I did what the physiotherapist, love-emitting lady, taught me. I mimicked her moves and tried my best to mimic her talk with the kids, even with those who did not respond. I was creative and tickled the kids, trying to communicate. Not everyone responded. And it’s OK. The physiotherapist explained to me how each child progressed in the last months. It was an amazing progress.

After I finished assisting the physiotherapy, the warm sensation in the chest diminished. The curiosity stayed. The disgust was gone. The fear was gone. The sadness remained. And it’s OK. I just experienced (again) that the feelings can be real at the moment, but “wrong” in its roots, which are “wrong” thoughts, which are based on the “wrong” social behavior of others. It goes deeper, but I think I’ve made my point.

The next task, as usual, was to feed the students in the wheelchairs. I still felt sad. I wanted to process the sadness and check its roots. I didn’t want to remove it or exchange it with another emotion, but only to check. The root was the thoughts “the society does not accept people as they are and isolate” and “we can do nothing about it”. I forced myself to start asking questions and listen to Rachel. The first thought was mostly correct and it’s really sad. Nothing to do here, just experience the sadness. The second thought was completely wrong and here is why. Six years ago, the students were only isolated from the society, doing three things: sleep, eat and poop. The mental condition of many was much much worse than their condition today. There was neither the students nor the school. They were just a group of people with disabilities. Today some can play games, learn songs, cook, play in shows! Many assist the staff and some of them even are paid for their cooking in a kitchen. One student even works outside of the orphanage and receives a salary (WAIT, WHAT?)

On my way back, I went to the Buddhist Temple of Tooth 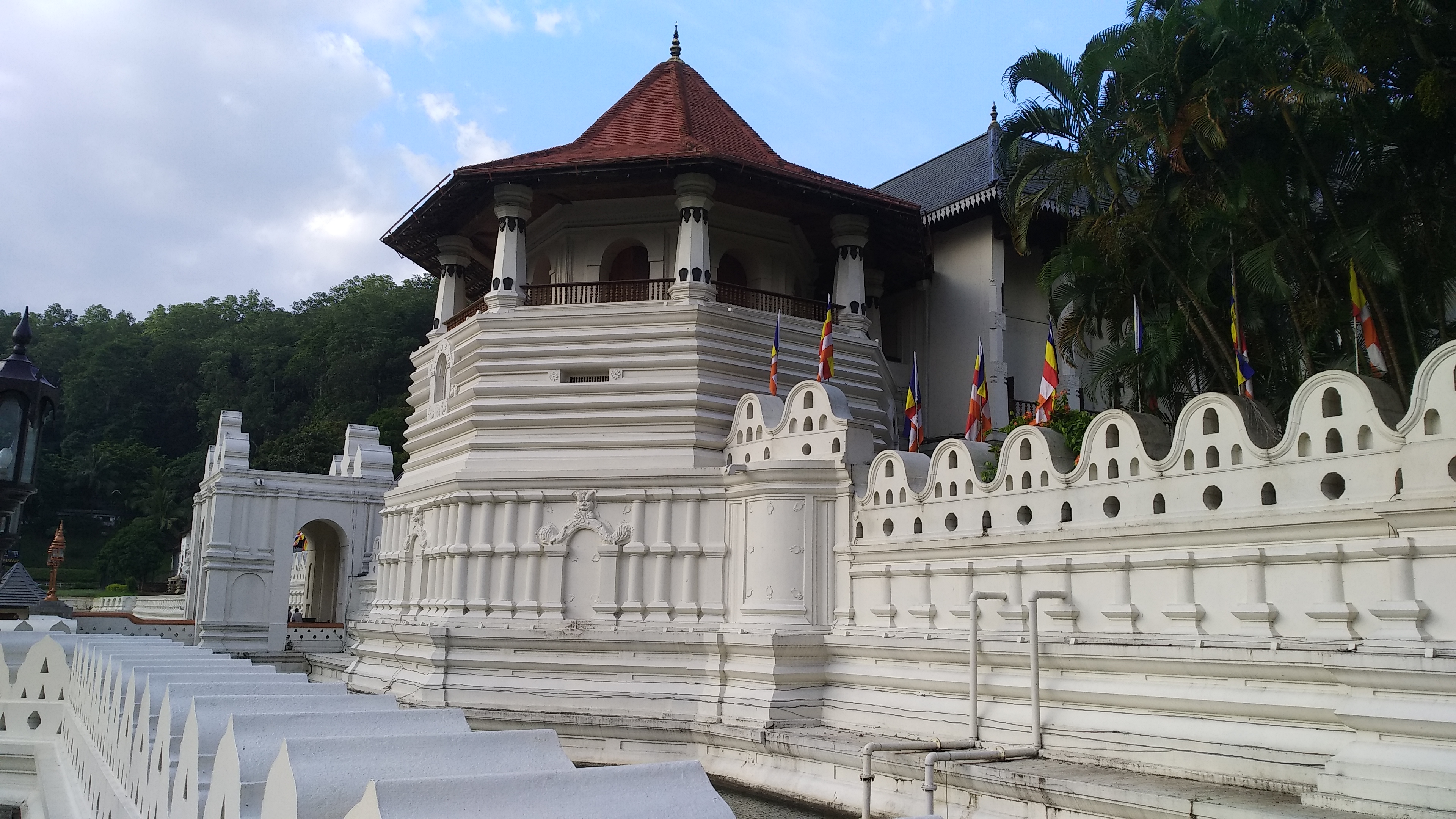 It’s a sacred place for Buddhists from all over the world because it’s believed that it contains the real tooth of the Buddha. 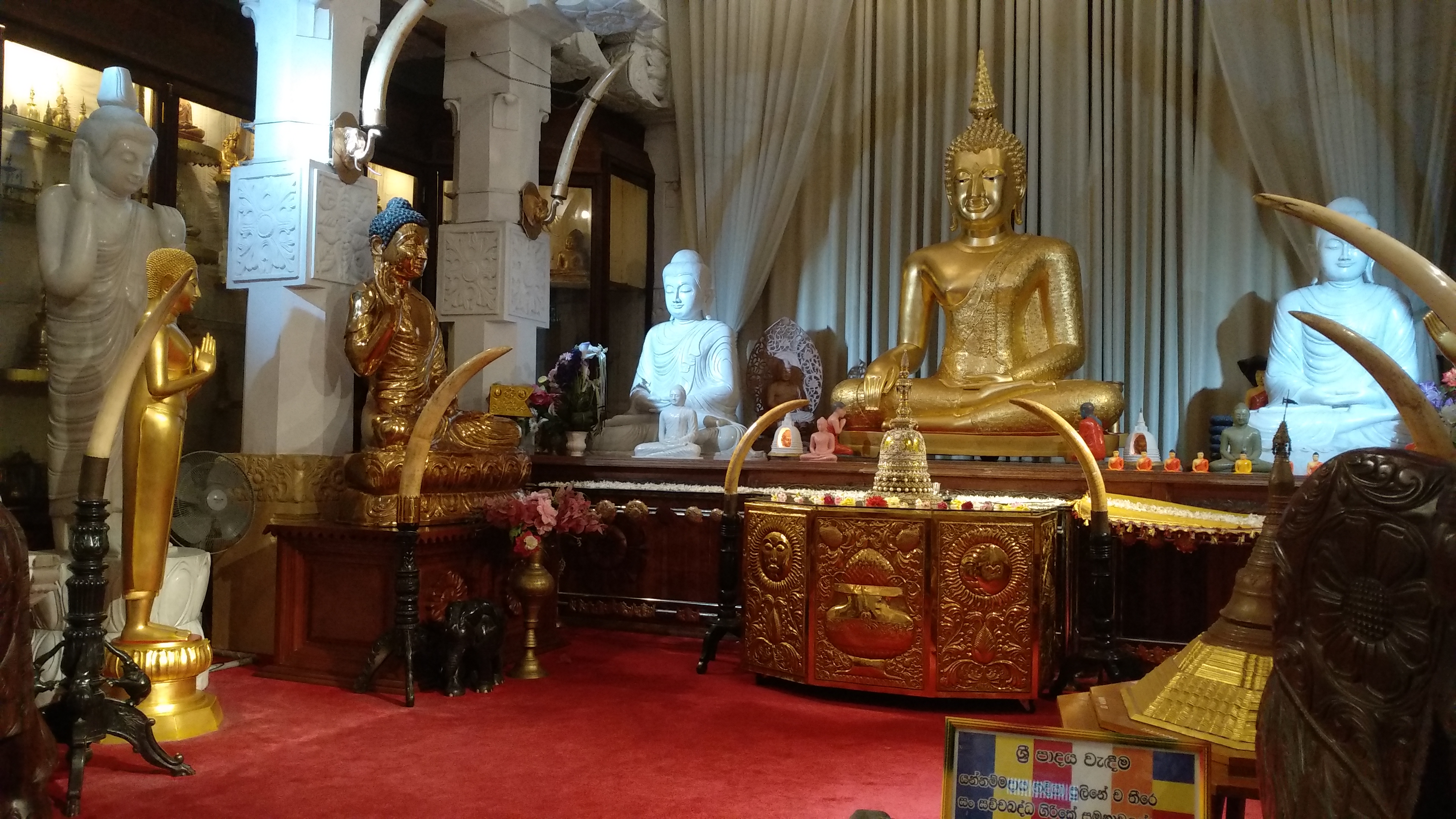 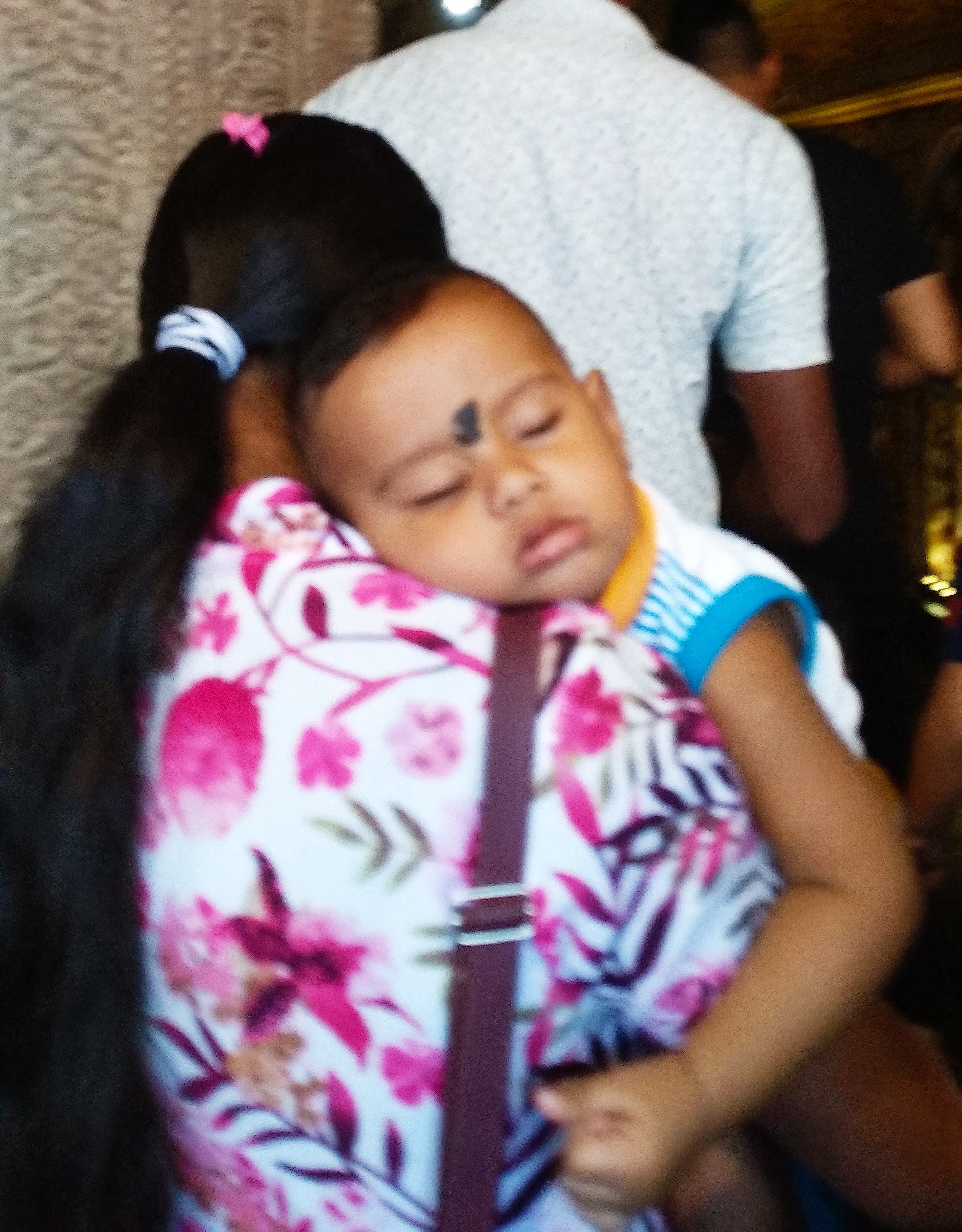 People are coming with little children 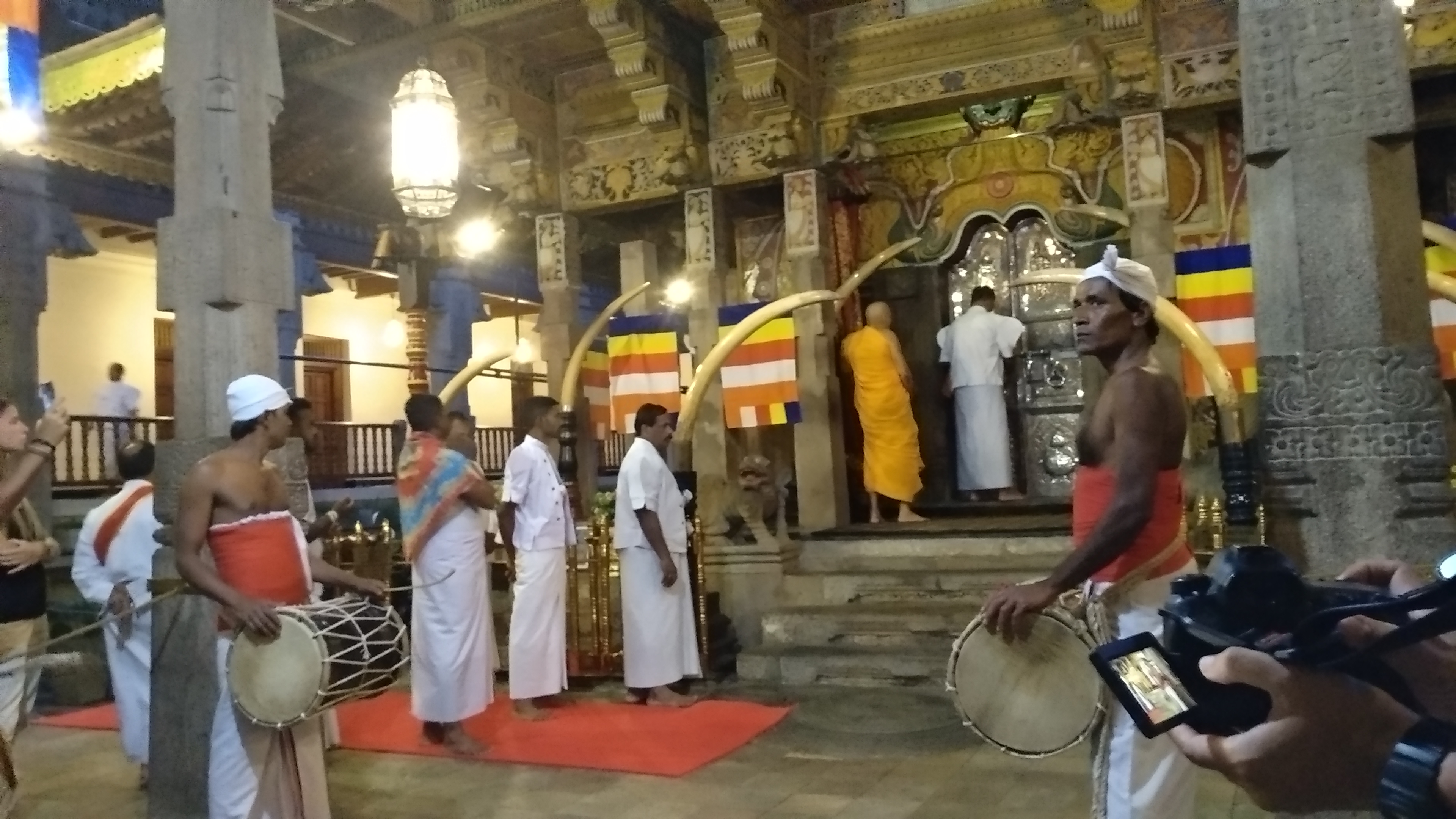 Impressive ceremony with the drummers and monks in the temple. And no, they did not brush the tooth 🙂

On they back to the accommodation, the half of the bus were helping me to find out on which stop I need to get off. 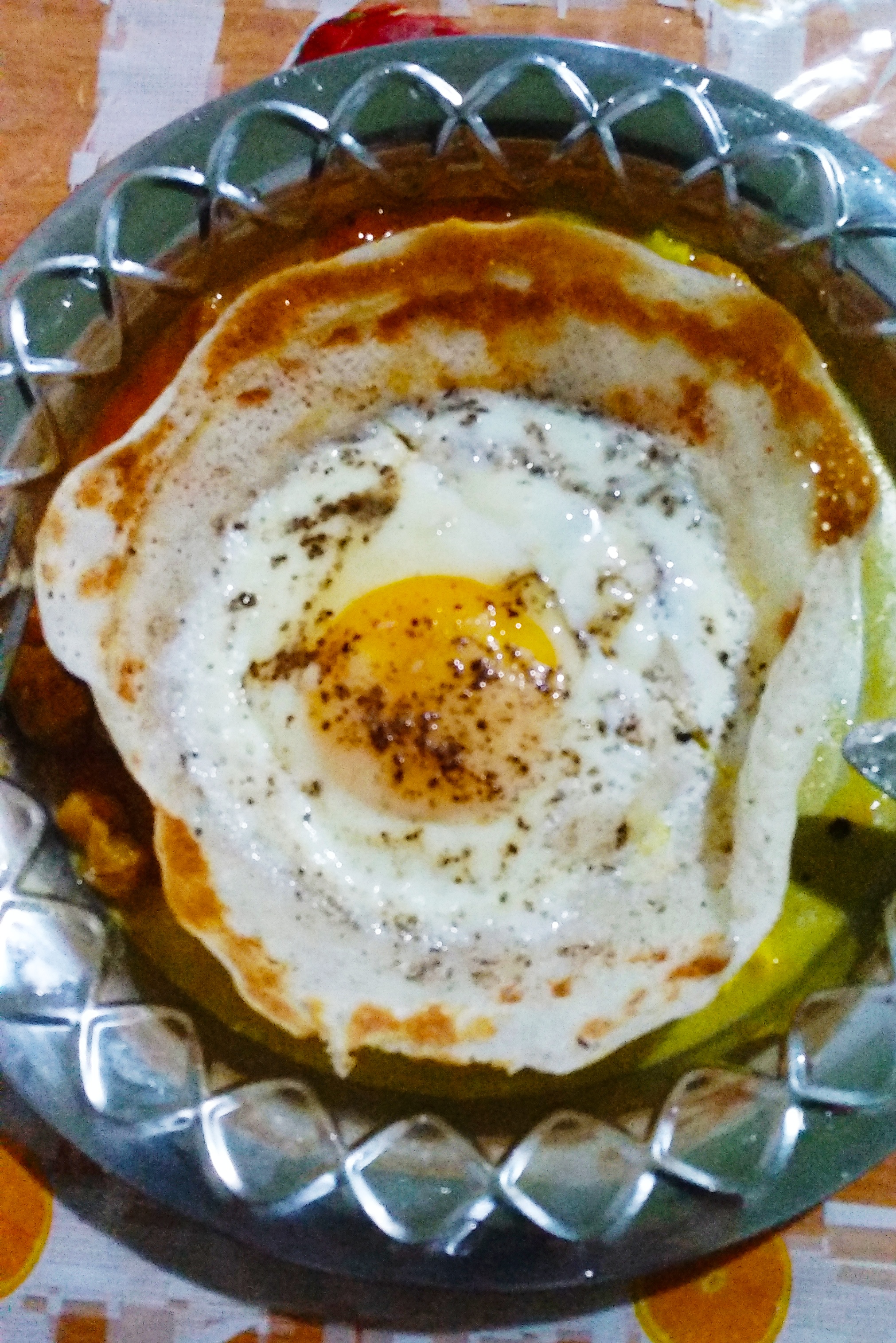 In the accommodation, our lovely cook Chandra gave me the late dinner including Sri Lanka’s version of Hachapuri.