I was wondering which emotions are “available” for the students.

For example, many students helped to feed other students, took out lices from other’s hair, prayed, sang a happy birthday song to Michelle. Some of the students / helpers had a little crash on me. I did my best to be delicate and to spread my attention evenly between everyone. It mostly helped. Still, one of the helpers stopped talking with me and actively avoided me till the end of the program. I think that the reason was jealousy.

The orphanage is just a small isolated community, in which all its members feel more or less the same emotions as the people without “special needs”.

My back was unhappy because I didn’t jogg for a long time. Kandy is not well suited for jogging, there were no parks near our accommodation. I talked with one of our coordinators and he recommended the botanical garden. The garden is beautiful and super clean (the entrance fee is 10 USD). 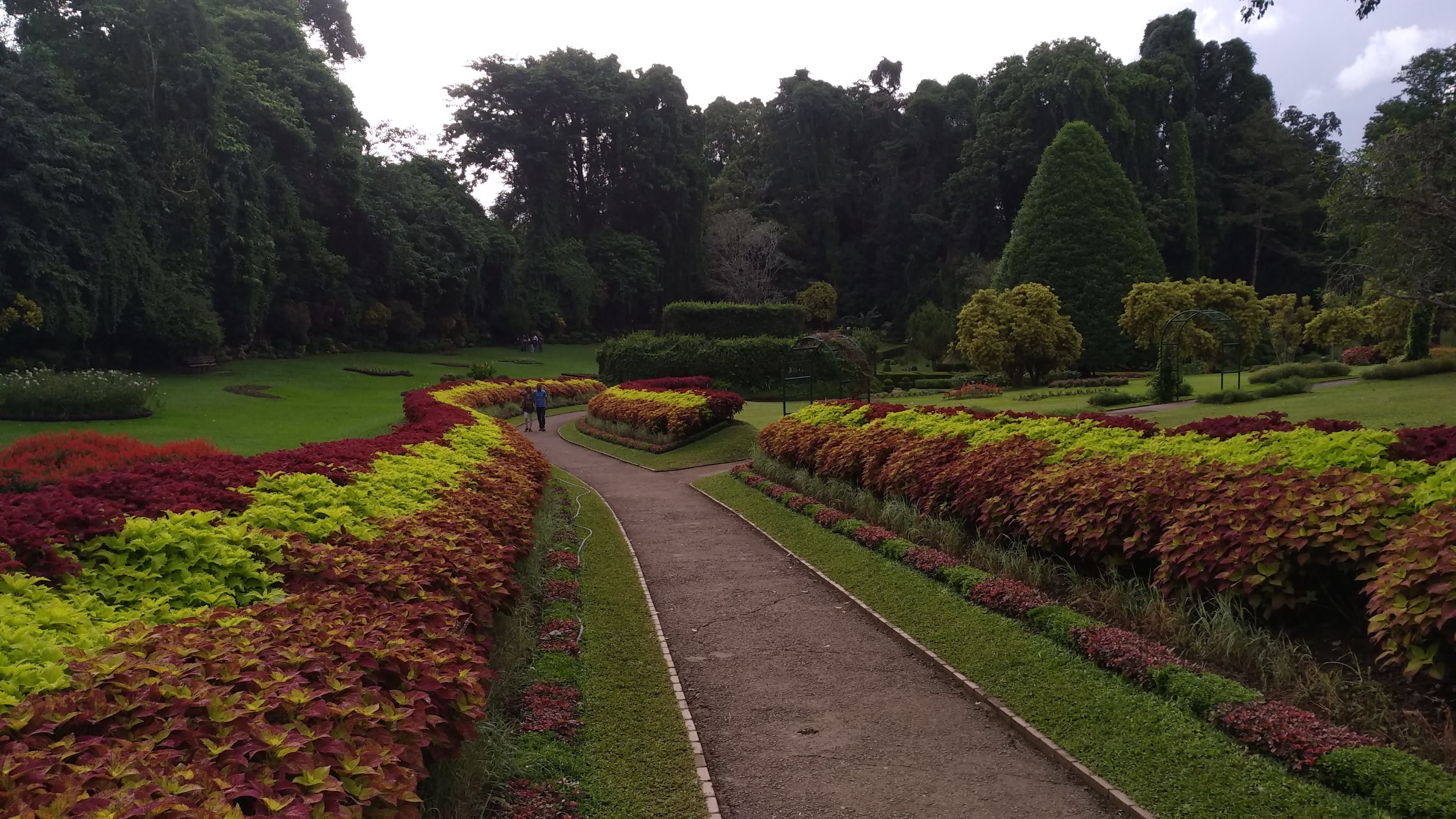 There are a lot of monkeys inside. One of them jumped on a tourist, who held a papaya in a bag. The tourist was so surprised that released the bag and the brave monkey dragged the papaya to the grass and started to eat. Interestingly, another monkey was fighting with those monkeys who tried to get a piece of papaya, allowing to the brave one to eat alone. Maybe it was his mother 🙂 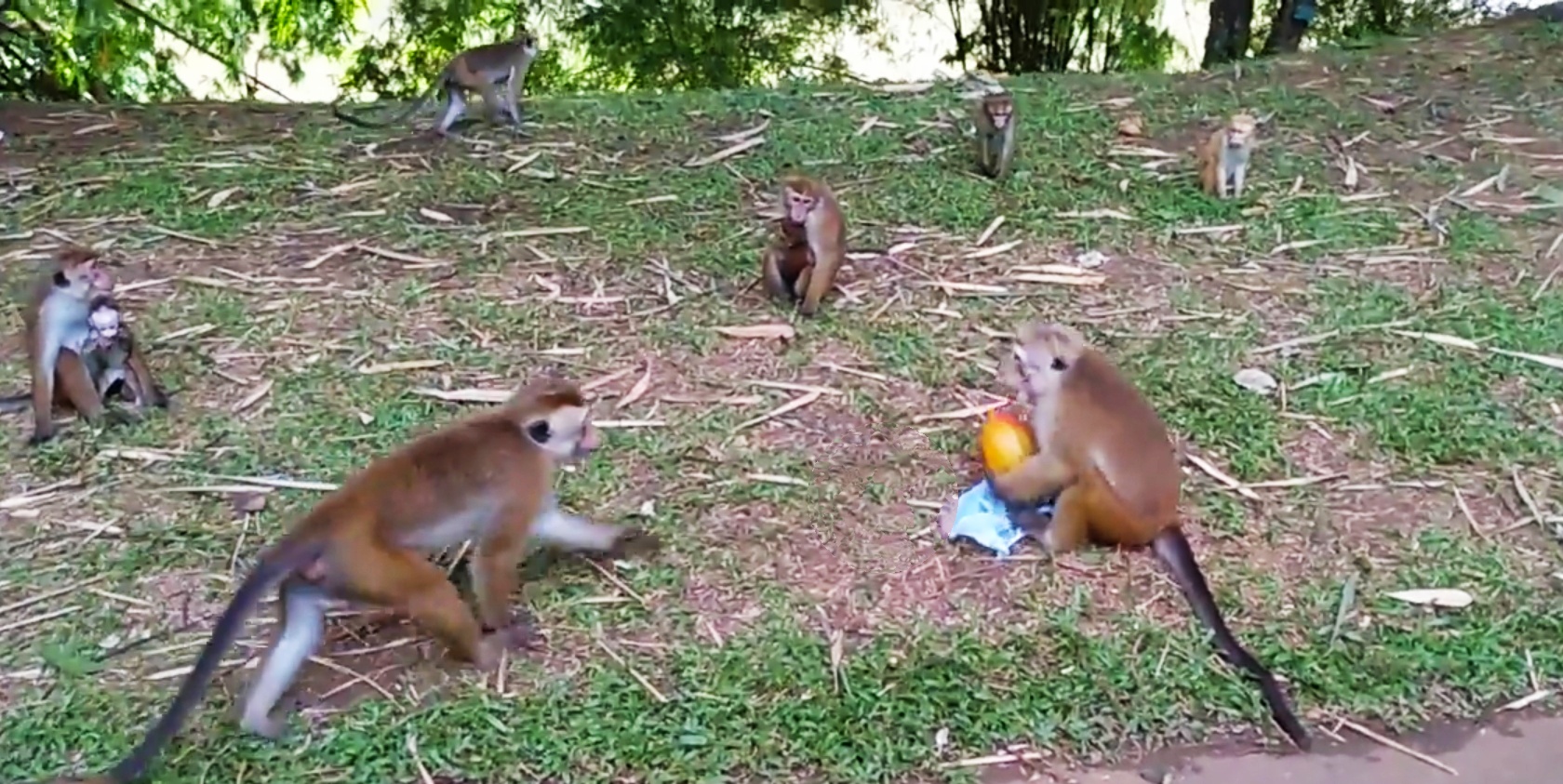 There were a big trees, which hold in the middle of their trunk another, a smaller tree with its own roots. My guess is that while growing, the bigger tree pulled out of earth another, weaker tree and raised it in the air. One can see the smaller tree roots are “trying” to reach the ground desparetely. My association with known therapy principle: don’t pull the client too strong, do it in his/her tempo or else he/she can become without his/her roots and collapse. 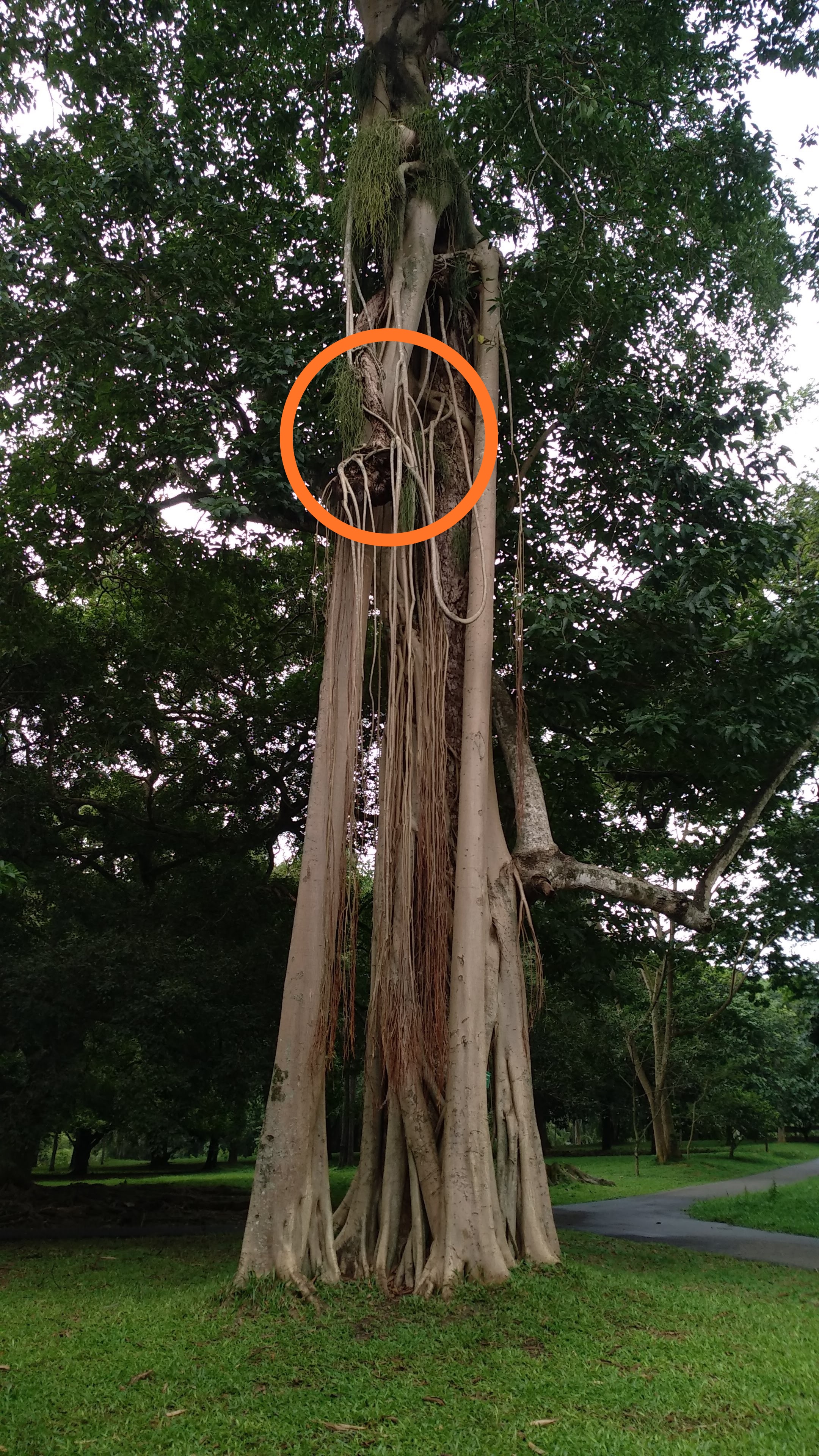 There were other trees, which had their roots all over the surface of the ground. 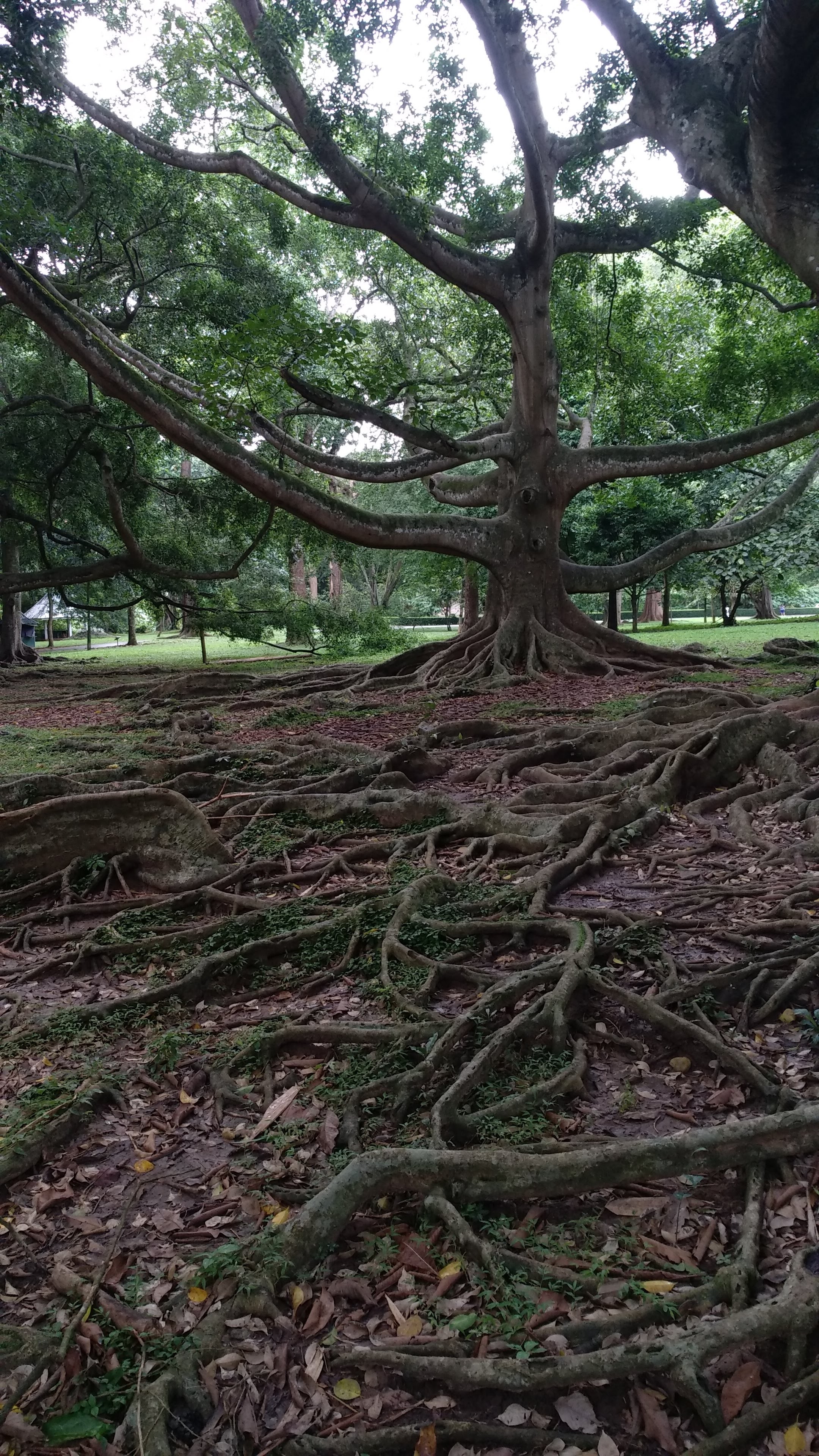